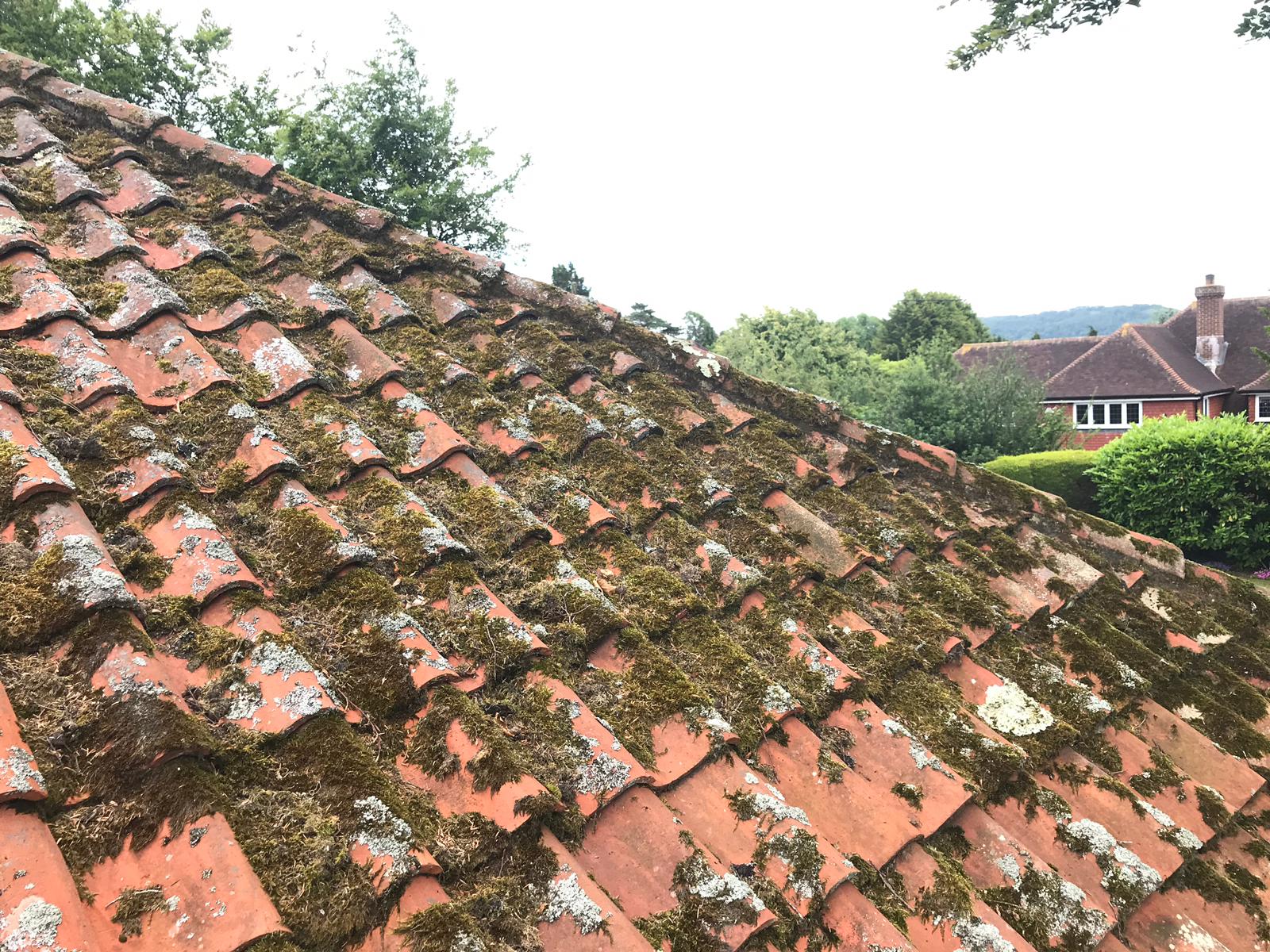 Will Moss Ruin my Roof?

We are often asked if ‘moss will ruin my roof’ and the short answer is ‘yes’. Nature does not like having to share its land with houses of brick and mortar and is known to vocalise this displeasure in the form of passive-aggressive plants than cause issues for people who are trying to keep their homes in good condition. Moss is a common thing to have to try and deal with, and it can do a lot of damage to your roof if you are not careful.

The Issues Caused by Moss

There are quite a few issues that are caused by moss that you need to try and think about! See, moss travels as tiny spores, and they fly around and attach to a surface, where they take hold in cold and moist conditions. They grow and grow until they become up to an inch thick in some instances.

But why are they a problem? You would be forgiven if you thought that they just caused a slight visual irritation and did nothing else. However, that is not the case. When it settles and becomes established, the moss acts as a sponge, and absorb water at an alarming rate. This allows the water to seep into the gap between the roof shingles, and then into the underlay of the roof, weakening its structural integrity. As you can imagine, this is not an ideal situation. The roof becomes less able to stand up to damage, and the risk of severe damage is higher.

It’s Not Just The Outside Which Suffers

In some situations, you will find that the damage moss can do will go beyond the roof and into the house itself. The wood sheathing which protects the integrity becomes compromised. You may also see instances of mould growth, and in some cases, you get damp growing inside your home which opens up a whole slew of new issues. It can be a very damaging problem that requires costly intervention, so you can begin to imagine that there is a pressing need to get rid of it as soon as possible! Naturally, that is something that we can help with because roof moss has the potential to do some severe damage. The worst mistake that you can make is ignoring it and pretending that it is not an issue.

Overall, there are a lot of issues caused by moss, and it can ruin your roof if you are not careful. You need to be precise and meticulous with how you do things because moss on the roof can not be allowed to grow and expand. It will signal nothing but problems for you later down the road if you are not careful and allow it to grow out of control. Whether it is weakening the structural integrity of your roof, or causing you issues with the inside of your home, you need to be ruthless when dealing with moss. Otherwise, you could find yourself with problems you can not easily deal with, and then you’ll be struggling for a solution.

We value each and every customer that we work with and strive to provide the best customer experience possible.

We pride ourselves on giving as much clear information as possible when providing quotes for any of our services, always following up with written confirmation of the fixed price given and, if you choose to have work done with us, we are available throughout the process to answer any questions or help in any way we can.​

All of our team members are experienced, reliable operatives, who are a pleasure to deal with and have around your home, something that we feel is very important.

You’ll find Lindsay, Kim or Georgie in the office, ready to take your call or respond to your email. We look forward to helping you with your enquiry.